4.1.11 (MacOS) Error "Parts of the IDE are not working correctly. Please reload the page."

Hi there, I am brand-new to coding and am currently on lesson 4.1.11 I believe. I’m trying to enter my code in to the editor but am getting an error message “Parts of the IDE are not working correctly. Please reload the page.” I’d appreciate any help. 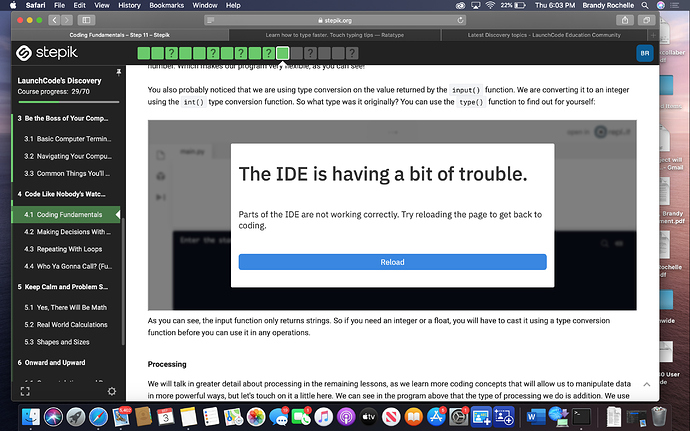 I had been having the same issue on my Mac OS, haven’t taken the time to figure out a direct fix but instead reloaded when the issue occurred and this time before attempting to type code into the direct editor on Stepik, I clicked the “open in repl>it” link and have had no issues using that in a separate window for my code instead. Hope that at least helps for now!