Hi guys! One of my Task Two Tests isn’t passing (see attached). I think it’s not detecting that there are 3 Ruby jobs because there is no break in between each of the tables (see second image attached).

In list-jobs.html, I have my th:block that creates the table, and so far I’ve tried the below:

None of the above is solving the problem. Wondering if anyone has any advice? Thanks in advance! 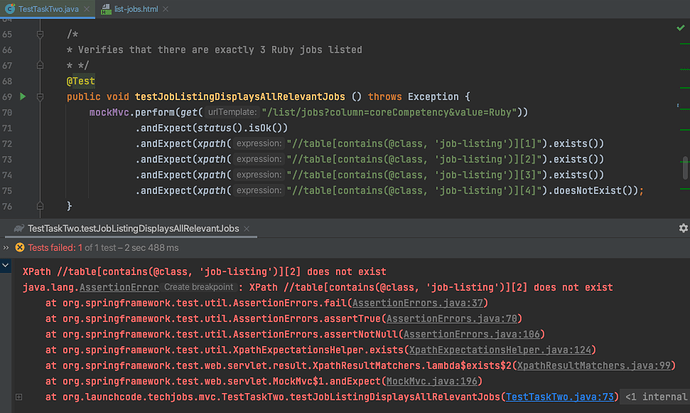 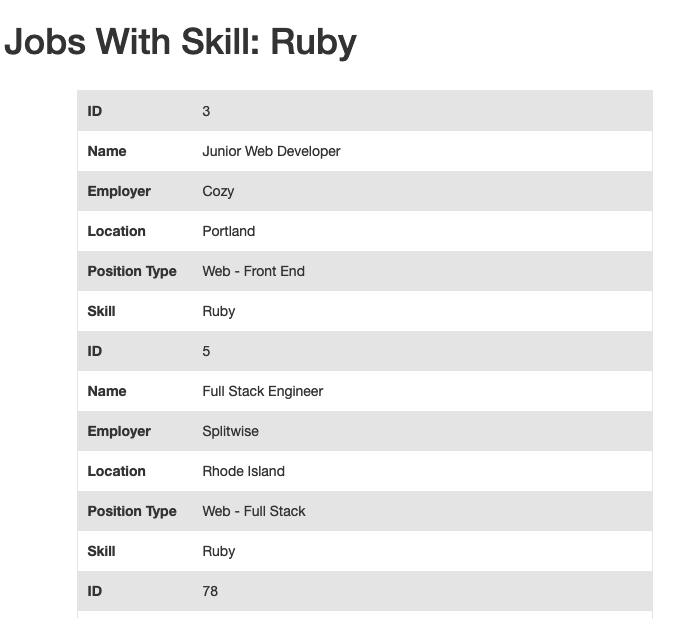 Hi Christina, thanks, you were right! I didn’t need to use a th:block at all.