I was just wondering if anyone was able to keep the rocket from leaving the background. For whatever reason, my if statements weren’t working. I tried it a couple of different ways:

Not really sure what I’m doing wrong here, as this seems pretty simple on the surface. 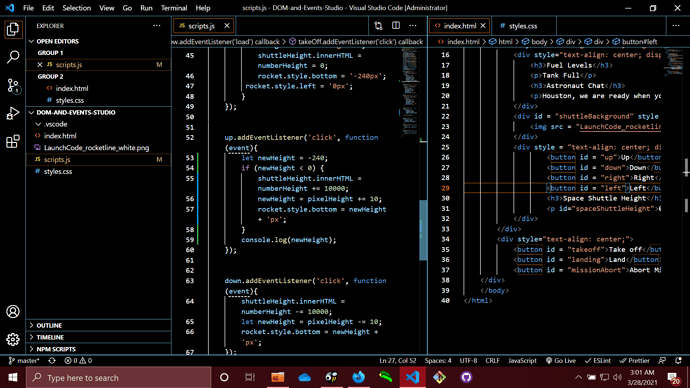